Well pardners, as we celebrate Doomtown: Reloaded’s continuation, you don’t think we’d leave you hangin’ without some updates did ya? Step right up folks, for yer copies of our new-fangled Floor Rules, Rulebook, Errata, FAQ, and any other necessities the folks at Pine Box got ready for  y’all! Take note gunslingers, there’s been a few changes in the Weird West. Most notably our favorite gambler, Rico, got a bit of an overhaul, along with that pesky auto-revolver and the always busy Undertaker. As detailed in our first blog, these updates will take effect at this upcoming Gencon, in addition to a very special tournament series we have planned! So saddle up, take a gander, and meander on over to our forums to chew the fat!

Check out the updates here! 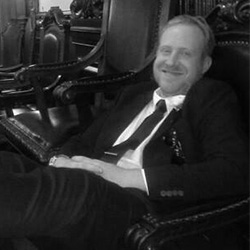 As some of you may recall, I wrote one last article following the final Marshal tournament at Gecon 2016. I hinted that would be my final piece for Doomtown: Reloaded while under the AEG brand. I always hoped that Gomorra would return, as it did nearly 15 years after it first rode into the sunset. Card games come and go, it’s a fact of the industry. While it’s always hard to see that game you love cease production, there’s a saying that still lives on:

“A game only dies if people stop playing it.”

In reality, Gomorra never did go away. People have enjoyed playing Deadlands: Doomtown (aka Classic) long after that epic battle against Knicknevin. After Origins 2016, I was saddened by the news that Blood Moon Rising would be DTR’s last expansion. Since then, I’ve still seen a lot of online activity. Rules questions, new players asking for advice, top players still talking about new strategies. We may be a small group, but we’re a loyal one. If we were going to fade away, it would be kicking and screaming off into the sunset.

Last summer, a few of us cowfolk got together and formed what we now announce as Pine Box Entertainment. It all started with an online messaging thread, aptly titled, “Operation: Save Doomtown.” That’s not Pine Box’s exclusive goal mind you, but certainly represented our initial concerted efforts. Like the luck granted from a Jackelope’s Foot, Pinnacle Entertainment Group graciously partnered with us to breathe life into Doomtown once more.

In the coming months, PBE will reach out to the player community, old and new.  We will discuss, preview, and entertain this continuation of Doomtown: Reloaded, as Tales of the Epitaph leads up to its launch date. Like Tombstone, Gomorra truly is the town too tough to die.

It was truly in honor to face down some of the finest players at the U.S. Marshal event at GenCon in 2016. It would be my pleasure to pass the torch this Summer, as PBE presents the 2017 Doomtown: Reloaded World Championship, in combination with community events and dinner in Indianapolis. It’ll be a fine gala folks, and one where I hope to see new and familiar faces.

I look forward in my new position in helping each and every one of you enhance your experiences with Doomtown. The next few months will be one helluva ride, one I’ll be enjoying taking with you all.