Howdy pardners, Marshal Lapp here to debut a series of articles introducing Pine Box Entertainment’s origins. First up I’d like to dedicate this feature to our hardworking playtest team. Without them, we would not be able to produce Tales from the Epitaph and bring the world of greater Deadlands to both Gomorra and to you, Doomtown’s loyal players.

How did the Playtest Teams come about?

I’d like to elaborate on what the Pine Box team discussed during the recent Booted Dudes podcast. When Pine Box initially formed, we knew we needed a stellar group of volunteers passionate not only about Doomtown: Reloaded, but also for the other games we intend to produce. We informally reached out to some of the original DT:R playtest groups and gauged their interest for once again working on the game. When Pinnacle Entertainment Group gave PBE the green light to develop an expansion for Doomtown, we knew that we would not have as much time to test new cards, their effects, and interactions, as we had with the game’s previous incarnation. Therefore, what we lacked in time, we had to make up for with quality testing and insightful analysis and feedback. Our playtest teams understood and accepted the challenge. The playtest team’s hard work, evaluation, and informed discussions have produced a set of cards that we hope will both satisfy veteran players and engage drifters new to Gomorra.
We set up a design team, rules team, and several playtest teams. Integrating these teams to coordinate efforts towards a common goal of producing a quality expansion required daily communication. This kept everyone informed with respect to:

• design’s intent for how each card functioned
• rules team being templating the cards in a way that players can understand
• playtest team providing crucial feedback regarding the strengths and the weaknesses of each card.

Where does Playtest start?

At first, the design team presents a spreadsheet of new cards for evaluation in what we call ‘armchair’ testing. Here playtest teams get a first glimpse at what we have in mind. In turn, they provide their initial feedback even before actually playing with these cards. As players test, they focus mostly on the higher rated cards (thus considered more powerful). Unlike normal games, where one hopes to draw certain cards, playtesters ensure that key cards see play by putting them in hand. Indeed, playtesters often put a card directly into play to reflect certain game states, e.g. opening hand, within the first three turns, opposing a job, end of game or approaching time limits, etc. Having now actually tested the cards, teams then go back and rerate the cards. In addition, each team posts weekly reports on the playtest forums for design and other playtesters to analyze and evaluate. Based on these reports and discussions, design adjusts cards as necessary. After the initial armchair ratings, Tales from the Epitaph underwent five discrete design iterations. While some cards underwent informal revision, these checkpoints allowed playtest teams to focus testing on specific cards and interactions identified as problematic during the previous iteration(s).

What were the biggest challenges for the TFtE set?

You may have noticed we discuss a new card type in the revised rulebook and floor rules: Legend. As part of bringing Doomtown into the greater Deadlands universe, PEG tasked us with a specific goal for this set: introduce the Servitors into Doomtown. One of the main themes behind all the western horror in Deadlands is that evil is a choice. Each Servitor willingly chose to become an avatar of one of the Reckoners, foul beings intent upon destroying the earth. Posses in the Deadlands: Reloaded roleplaying game represent heroes charged with thwarting the a Servitors’ nefarious plan. Truly beings of great power, we had to decide how to best represent these Servitors. In doing so, we decided that each player would have to make this choice to side with evil if they wanted to include a Servitor in their deck. Each Servitor will attach to a player’s outfit card, providing a negative trait and often a cost towards your stash, but also providing an advantageous ability. Fair warning folks, the text on these cards is as epic as the Servitors themselves, so plan on reading thoroughly before making your decision to side with the forces of evil.

One of the biggest challenges of creating a new card type is just trying to understand the impact it will have on the game. As with anything new, you don’t have a prior history to fall back on the “What If” scenarios are endless. Doomtown: Reloaded is a complicated game and trying to cover every angle of abuse is really difficult. Combine this with the fact that the gravitas of the Servitors in the Deadlands Universe is pretty high, and it becomes very difficult to capture flavor and mechanics without turning the game into Hell on Earth!

What is the playtest team currently working on?

We have previewed some of the tested cards, and playtesting is currently in the home stretch for a remaining few cards. But we intend to keep our play testers busy, even after we finalize this current set of cards. There’s been ongoing discussion between the Pine Box Entertainment forums, Facebook, Discord, etc. about the state of the rulebook and the new floor rules.The playtest team will continue to work on adjustments where we feel any changes, whether they be card errata or to the rules themselves, will help benefit the game and community. We hope to have the rulesets in good shape fore the upcoming Epitaph release events and the European Championships at IQ Games in Huddersfield, UK (both dates TBD). PBE also hopes to add an online team to support testing further Doomtown expansions.
Thanks for tuning in folks, and look for the next article in this series as we give praise to the PBE Rules Team. 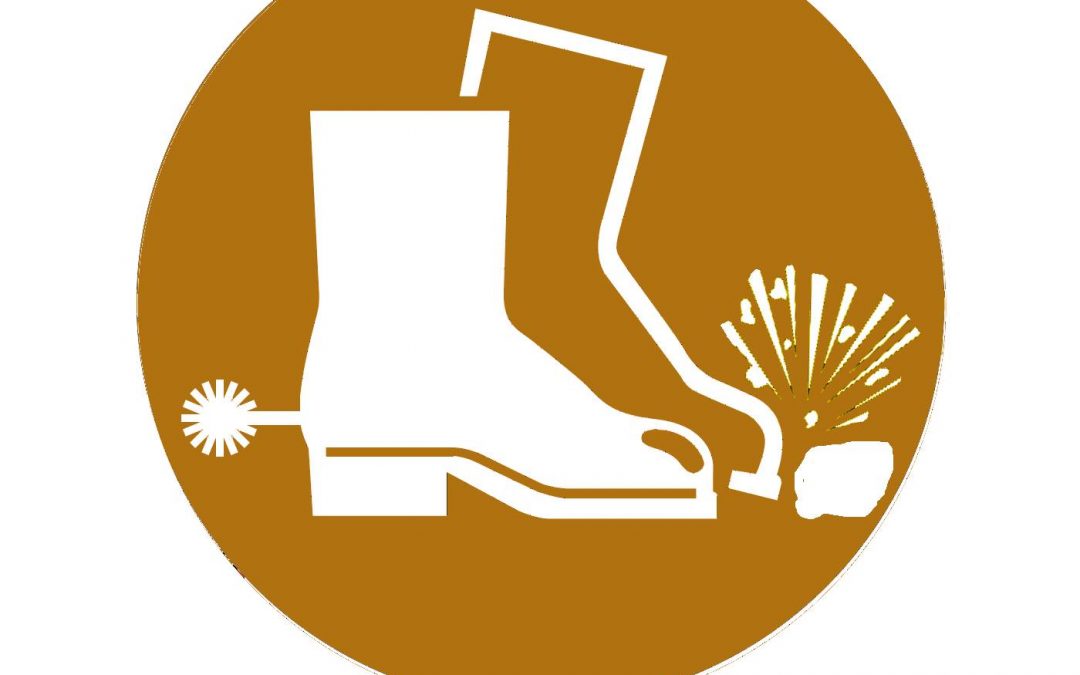 Emre, David, and Alex sit down with Hans and Michael to talk about the future of Doomtown: Reloaded, complete with a few juicy tidbits focusing on Organized Play and Gen Con 2017 events. We also talk about the design goals of the upcoming Tales from the Epitaph set and spoil a couple of brand new cards! Check it out, here.

We’ve updated the Rules Compendium and Rulebook with additional clarifications and corrections. Go check it out on our Resources page.

Section 2.1: Clarified conflicting “cannot” clauses
Section 3.8: Clarified owner always chooses joker suit and value
Section 5.1: Clarified how to resolve exact ties during lowball
Section 5.3.1: Brought spells into line with other card types, each ability can be used once per day
Section 6.2 Step 3: Clarified and updated forming posses for jobs; movement to join is now sequential, as it is in a shootout 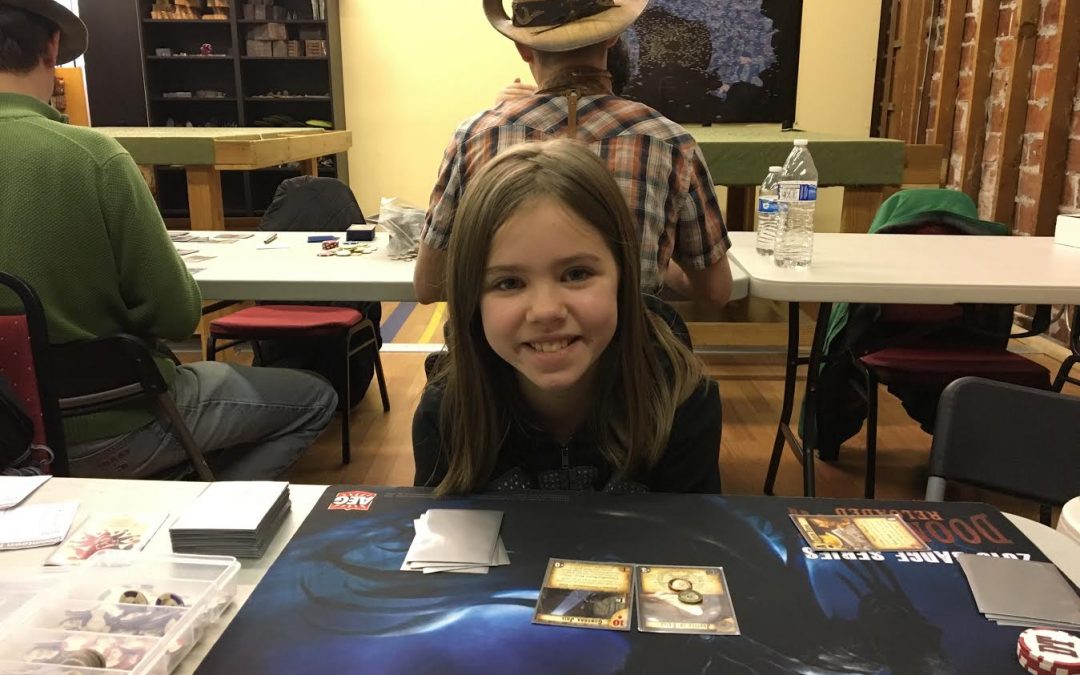 My team and I were excited to learn that Red Castle Games in Portland, Oregon hosted a ‘Doomtown Lives’ tournament in honor of our beloved game’s revival. Pine Box Entertainment congratulates you on winning the event! Justice in Exile isn’t an easy deck for us Doomies (that’s our fancy word for Doomtown players) to play with, let alone squeak out a victory! I heard from your dad that there some folks in your class say ornery things because they don’t like Doomtown as much as the games they play. The truth is, there’s lots of games out there, but Doomtown happens to be my favorite! It’s hard for some players to get into, as not everyone cottons to shootouts out in Gomorra. But for those of us that are, we’re very passionate about the game. It may not seem so popular now, but we hope players and friends at your store take a look at the ‘learn to play’ videos we have planned to try to wrangle in some new drifters that we hope will enjoy the game just as much as you and I do.

I hear  that your favorite faction is Law Dogs. I’m sorry to say I tend to play on the other side of the badge, being a fan of the Sloane Gang. Pine Box nevertheless wants you to be the first to know about an upcoming tournament series celebrating the continuation of Doomtown: Reloaded! These Epitaph events will feature some shiny new trinkets for you and your fellow Doomies to try and win. Even better, we have something special planned for the most played faction in these tournaments, so be sure to come out and represent those Law Dogs once again! I look forward to seeing some more deck lists of yours and hear more reports on your matchups in the future (Check out the winning deck list at http://dtdb.co/en/decklist/2327/judicial-activism-1st-place-2017-portland-winter-event). Until then, I hope you continue to enjoy Doomtown and look forward to the new cards we have planned for the Tales from The Epitaph set. Keep an eye out for when we start to preview them!

From your friends at Pine Box, thank you for sharing your experiences as part of our community.